Just an update: I am excited to announce the launch of Alpas, a new blog that explores culture, media, and identity. To kickstart Alpas, I am currently working on articles that focus on the exploration of Filipino identity, cultural preservation, and representation of Fil-Am culture. Projects will include meaningful discussions with some groundbreaking Filipinos you should know about, including:

- Gene Cajayon, director and co-writer of The Debut (2000), a movie that remains culturally impactful in regards to the representation of Filipino culture and Asian Americans in film.

- Jacqueline Chio-Lauri, editor and contributing author of The New Filipino Kitchen (available for pre-order now!). This cookbook includes recipes in Filipino cuisine, as well as personal narratives on food, culture, and memory.

- Gino Gonzales, renowned Manila-based costume designer and lecturer who is behind Fashionable Filipinas - both the book and the IG! We talk national identity, cultural preservation, and the use of social media to educate and celebrate Filipino culture. (Check out @fashionable_filipinas on IG!)

I can't wait to share what Alpas has been working on in the coming weeks. In the meantime, please make sure to subscribe to Alpas so that you can be the first to read these articles! You can subscribe via pop-up or through our quick form, located on the rightmost side of this page.

Kiana // (Inquiries may be sent to kianaw@uoregon.edu.)

A trailer of The Debut (2000), a film that explores the life of a Filipino-American teenager as he navigates identity, culture, and the experiences of being a second-generation immigrant from the Philippines. 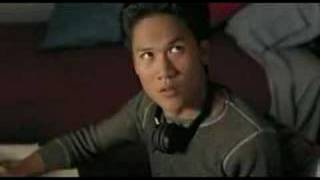